A sports game for the 8-bit Nintendo?...or a bias game based on body shape, size and appearance? 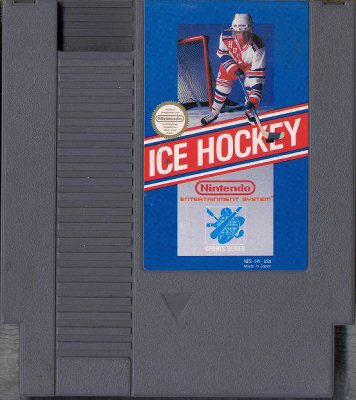 
Back in the mid-eighties Nintendo brought us NES Ice Hockey. I was thrilled to be able to finally play a hockey game at home on my NES. The graphics were plain, but the the game play was relatively smooth and fun. In general the game was easy to play. It was no Blades of Steel, but it was simplicity at its best.

You have the option of picking four players for your team. The goalie is pre-chosen to save time. You choose from three different body sizes:
A 'skinny-guy' The skinny guys are very agile and very fast, but also weak and frail.


A 'medium-guy' The medium guys are of average size, average speed, average strength...well, that's just it, they do not excell in any area. The are just average.


A 'fat-guy' The fat guys throw their weight around. They are basically the bullies of the game. Unfortunately, they are very slow and clumsy.

Let us focus now on the message of this particular game. I found myself appauled at the message that this game sent to kids like myself. You were forced to pick players based solely on their physical appearance and attributes. Some would argue that you could pick your players evenly and represent each body size evenly on the hockey team. NO! It is mathematically impossible to do this. Do the math:


These are serious issues. I faced this dilemma on the playground, only to come home and have the same issues of physical stereotyping and physical prejudice reinforced and thrown in my face by my video game system. 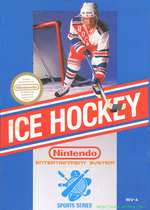 The cover was a complete mis-representation of the game. The characters look nothing like the guy on the cover. I expected live NHL videos and realistic players (like in current day 128 bit systems.) Instead I got little fat Marios, which brings me to my next point...


It seems all the players on the hockey teams...are white. You can pick a team of players from the USA and five other (white) countries: Canada, Sweden, Poland, Russia, and Czechoslovakia. All the players look like little Marios and Luigis. Okay, I know the graphics were poor and most NES games had this style of representation, but all the players are little generic white dudes. Would it have been so hard for the programers to throw a black face on one of them? Maybe a slanted eye here, or a turban there, for some ethnic diversity?


After reading through the lines, I was disappointed to discover that this game contained such strong stereotypes and mixed messages over body sizes and physical appearances. It makes me want to over-analyze other games I've played to see what other messages the gaming industry is trying to sub-consciously impose on the public. -Zosie